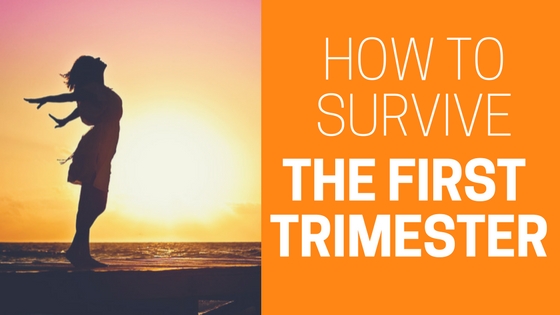 It’s the First Trimester of your Pregnancy. You’re over the moon. Excited. Delighted. But you’re also tired. Nauseous. Aching. And the worst part – you haven’t spread the word yet, so hardly anyone knows that you are currently growing a new life. No shared joy.  No support or sympathy as you run for the bathroom, again. In my Pregnancy Yoga Classes, I recommend that Mums join once the First Trimester is over. Most other Pregnancy activities will have the same criteria. Why do we exclude you at this really important stage?

This Blog post will hopefully answer that question, and also offer you some useful support, practices and techniques you can use to see you through this important first stage of your pregnancy, until you can attend a class and be thoroughly supported and looked after by the wonderful pre-natal specialists out there.

Why Can’t you Start Pregnancy Yoga before Week 14?

This is a really good question. In reality it should be your own choice, and if you are a regular Yoga Practitioner, you w 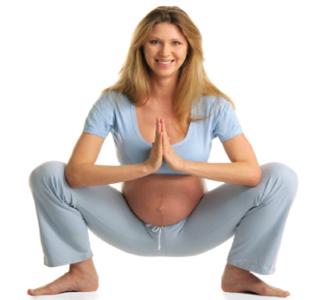 ill probably be carrying on attending your usual class until it becomes more difficult, or if you feel you need more specialist support, or if want to meet other Yoga Mamas. If you have never attended a yoga class before however, then starting a new activity during the First Trimester, when your body is working very hard to implant and grow a new life, might best be avoided. There are other reasons why we suggest waiting until the magic number 14:-

1.  The impact of your hormones The effort of trying to establish your pregnancy means that you are probably going to feel exhausted in the first trimester (T1). There won’t be much energy left to expend on a 90 minute class – especially if you work full time and/or have other children. Your body is working very hard during T1 to stabilise the pregnancy, to grow a placenta and embed it into the uterine lining, and of course, to grow the foetus. The most critical part of your baby’s development happens in T1 – by Week 12 they are fully formed. There is a lot going on in T1! Fatigue is a signal that you need rest. One Mama told me:

After 14 weeks, the Second Trimester gives you a radiant boost of energy, which you can then use to come to a yoga class and work on your squats, your hip circles, back stretches, birthing breaths, heartburn stretches, cramp stretches and everything in between.

2.  Your Pregnancy is more stable after 14 weeks In the First Trimester, your pregnancy hormones (mainly progesterone,estrogen and Human Chorionic Gonadatrophin (HGC)) are produced by your ovaries.  Towards Week 14 the job is transferred over the your placenta.  Once the placenta is functioning effectively as an endocrine ‘gland’, your pregnancy is considered to be much more stable. This lovely cocktail of hormones is responsible for the sickness and nausea that most mums suffer in T1.  Now is not the time to be doing ‘downward dogs‘!

3.  The 3 Month Rule As mentioned above,the First Trimester is the most unstable time of any pregnancy.  The Placenta has to attach and implant itself into the uterine wall, the foetus grows rapidly as cells divide and specialise (10,000 bigger than the single egg cell in just over 42 days!), and hormones are trying to establish and maintain the pregnancy. If this delicate balance isn’t achieved, either through the cells not forming and developing properly, the uterine wall not being receptive, the placenta not forming properly or the ovaries/placenta not releasing adequate amounts of the hormones, miscarriage will occur.

In light of this, many women will choose to wait 3 months until they announce that they are pregnant. You might not wish to be seen coming out of a Pre-natal Yoga Class if you haven’t told your family and friends yet. After 14 weeks, your pregnancy is significantly more stable, the sickness and fatigue subsides (in most cases) and you will feel ready to start taking pre-natal classes.

What to Expect in Trimester 1

Most of the issues you are likely to encounter in T1 are widely known and you will be fully expecting to experience them. There are also some other, less discussed events that you might discover:-

1. Nausea – up to 90% of women suffer with nausea in T1. But that means there are still 10% of lucky ones out there who don’t!  50% of women will experience regular vomitting. One of my Yoga Mums recalled in T1:

“I would have loved to have done some activities, and I really wanted to go swimming, but I didn’t want to throw up in the pool!”.

Francoise Freedman, Birthlight Founder, suggests that nausea is “nature’s way of getting mum to slow down”.

2. Exhaustion – like someone turned the power off. Again, this could be taken as the body’s wisdom – encouraging you to slow down and conserve your energy. It can be completely overwhelming.

3. Pelvic/Hip Pain – at conception and during T1, your body releases a big surge of Relaxin, which softens all of your ligaments and connective tissues. This can often mean you start to get achey hips, lower back niggles and general joint pains. This is one of the key areas that Yoga helps with. And yet you can’t go to a class yet…….

4. Low Blood Pressure/Dizziness/Fainting – low blood pressure is caused by the increase in blood volume and the corresponding dilation of the blood vessels. Normally the cardio-vascular system and Central Nervous System can accommodate the changes in blood pressure and ensure that there is an adequate blood flow to the brain. Occasionally, they don’t adapt quickly enough and cause dizziness or even fainting. In Pregnancy, any straining such as coughing, peeing, pooping and bending forwards will stimulate the Vagus nerve, causing the BP to drop, and possibly causing you to faint.

5. Wobbly Emotions – Once again you can thank your hormones for the surges of emotions and personality take-over. This can happen as early as Week 6 – and most women don’t even know they are pregnant at that point. I remember my own T1 emotional rollercoaster. We were on the trip-of-a-lifetime to India, which had been eagerly anticipated, and I was so excited to be there. Except that I hadn’t realised I was 3 weeks pregnant by the time we got on the plane.

A week or so into the trip, I became depressed and disconsolate, weepy and miserable. As a seasoned traveller, this was not normal behaviour, and nothing seemed to make me happy – my partner was understandably confused and at a loss. The penny slowly started to drop as other symptoms began to emerge, and a few weeks later a pregnancy test in Cochin confirmed it.

6. Peeing.  Lots of Peeing – Excessive urination is a really common issue of pregnancy, but not many women realise that it can start as early as 4 weeks. HGC causes the frequent urination, while relaxin causes the bladder sphincter to give up the ghost. The slightest sneeze or cough will test the strongest pelvic floor.

7. Big Boobs – Very early in your pregnancy, your breasts may become enlarged and tender. It can often be the first noticeable change before pregnancy is confirmed.  The Breasts will become warm, fuller, heavier and more sensitive to touch and pressure. They may tingle, throb or just hurt. The nipples and areola change shape and colour, becoming larger and darker, and small lumps may appear around the areola. Lying on your front may be painful. I personally grew a pair of watermelons overnight and had to buy my first ever bra in a department store in Cochin, India.

8. Loss of Appetite – some Mums actually lose weight in the First Trimester due to a loss of appetite and lack of interest in food. Once the Second Trimester kicks in, you will probably find yourself eating for 2, if you aren’t already.

9. Anxiety – If you are prone to anxiety, you might find that the combination of hormones, plus the responsibility of growing a new life and the eventual parenthood, lead to an increase in your anxiety levels. Yoga and Meditation are the best known practices to help with stress and anxiety. Finding other Newly Pregnant Mum groups might also help – discussing your anxieties and being reassured that what you are experiencing is normal, can be reassuring.

How to Survive Trimester 1

So, what can you do the overcome any or all of the issues above that you might be struggling with? Here’s your Survival Guide:-

For the hip pain, the pelvic pain, the backaches, the shoulder aches, and any other aches, try this 20 minute Beginner Level Pregnancy Yoga Session.  Nothing works better on aches and pains than a good stretch.

For dizziness and fainting, (caused by low blood pressure) regularly coming into ‘head down’ positions can keep a good flow of oxygen to your head and brain. If you are comfortable with downward dog, include several repetitions into your daily routine.  You can also do a simple seated ‘head between the knees‘ regularly during the day.

This is also a good position to adopt if you feel a dizzy spell coming on. Fainting is often preceded by warmth, hot flushes, sweating, paleness, nausea or hyperventilation.  These early warning signals mean you might want to lie or sit down immediately, and put your head lower than your heart. 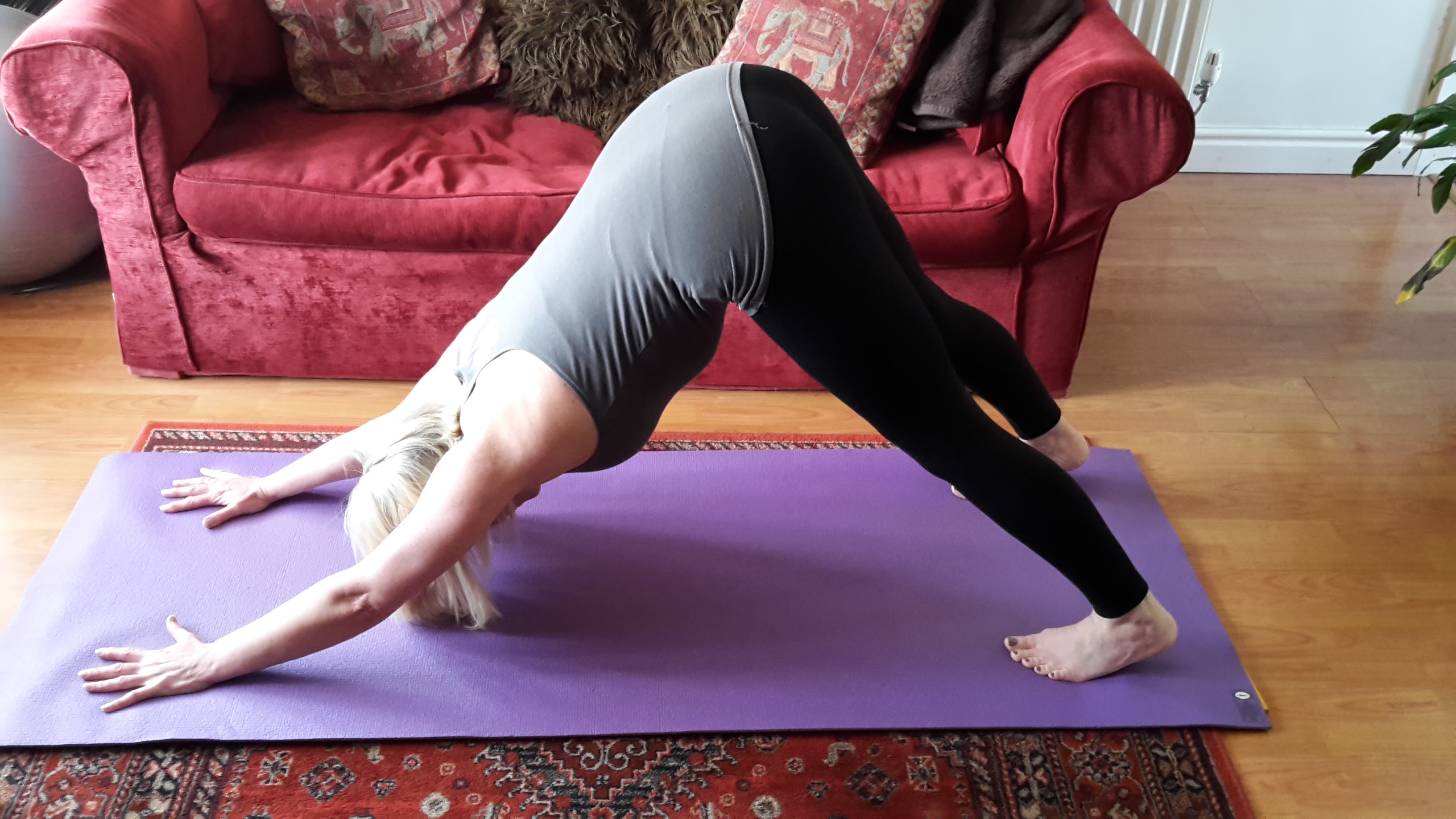 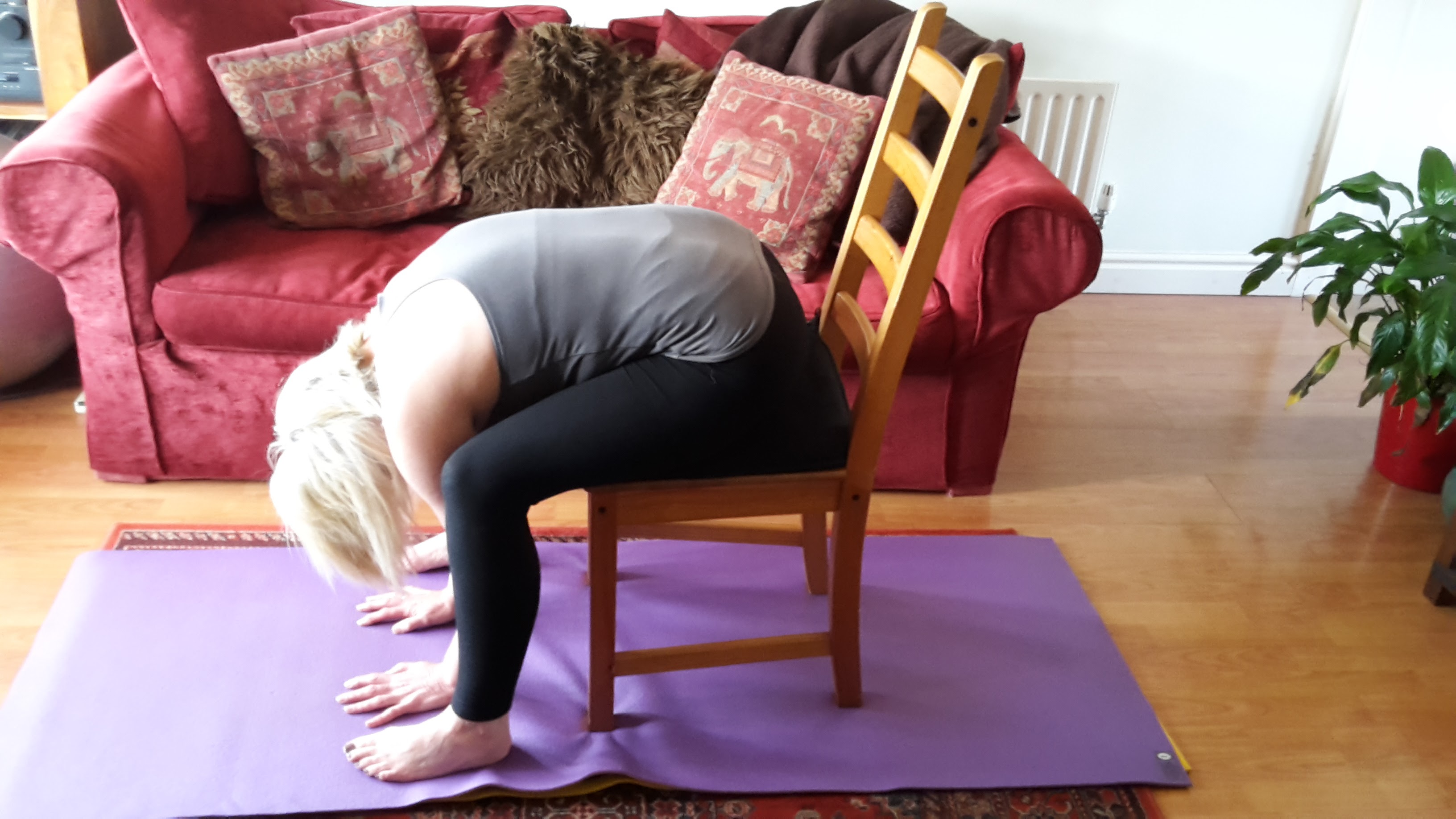 Quite simply – get lots of rest and relaxation. Taking some regular time for guided relaxations and meditations will replenish your energy reserves.

Here’s a free Relaxation MP3 that you can download.  It will also help you to start connecting with your breath – an absolute MUST for labour (but that’s a long way off yet!).

This relaxation is guided towards the first trimester. It is absolutely fine to use it throughout your pregnancy, but after 14 weeks, please LIE ON YOUR SIDE to undertake the practice, and not on your back as instructed. 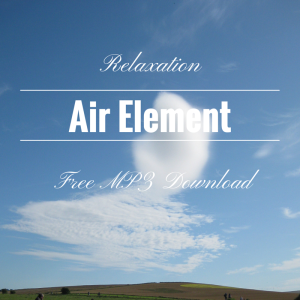 Download
I hope some of these tips and techniques help you through your First Trimester. Drop me a note in the comments below if there are any other Trimester 1 issues that you are struggling with. Or please share your remedies if you found anything that really worked to help you get through the first 14 weeks of your pregnancy.